Skip to main content
TAKE CHARGE OF YOUR TRAINING -
LIVE MORE EMPOWERED! Let us know how we can assist You! 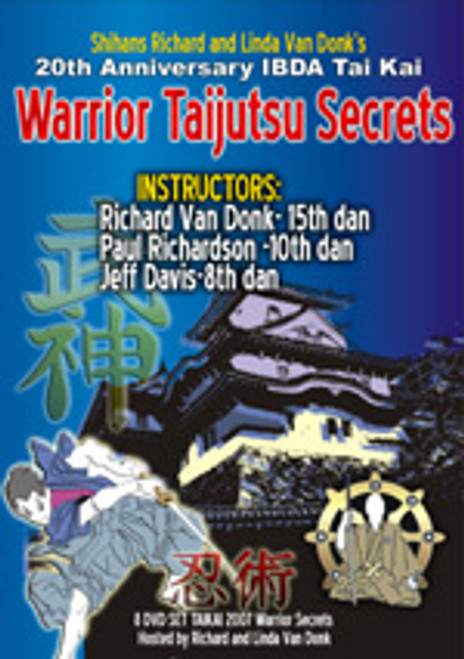 Want to know the secrets that separate the masters from everyone else? This dvd is for you.

Several high level Shihans share with you their warrior secrets insights and how it all works in mastering taijutsu. You must get these teachings in your body to grow as a martial artist. Learn this knowledge now and enhance your training.

Shihan Richard Van Donk gives a very insightful discourse 'What are you getting from Martial Arts?'

Filmed at the 20th Anniversary IBDA Ninjutsu Warrior Secrets Tai Kai which was awesome and over the top in many, many ways

GETTING OUT OF TOUGH SITUATIONS - IBDA TAI KAI 2007